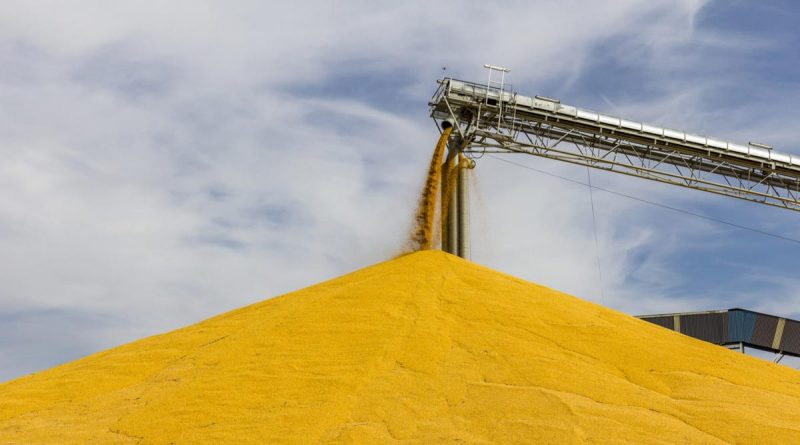 The single most important vessel-supply question for the coming decades is: Will the ocean shipping industry decarbonize on a global scale?

Even those who view carbon reduction with contempt and are entirely focused on their own bank accounts take this question very seriously, given the enormous sums to be gained or lost. What’s at stake is nothing less than the long-term supply-demand balance of the world’s shipping network.

Decarbonization would reduce the number of vessels at sea, revolutionize ship designs, and force ocean freight rates higher to cover the added cost. For this to happen, ship owners must be denied the capital to finance new carbon-emitting ships, and they must be forced to decarbonize via binding International Maritime Organization (IMO) regulations.

None of that is possible unless it’s supported by the cargo side: the world’s largest ocean shippers of oil, gas, ore, coal and grain, as well as the governments of the countries that have the most to gain from ocean trade, whether of bulk commodities or containerized goods — particularly countries in Asia.

The pro-decarbonization game plan was laid out in detail at the Hellenic-American/Norwegian-American Chambers of Commerce (HACC/NACC) Joint Shipping Conference in New York on Tuesday. Advocates claimed that not only ship finance but also cargo interests are on board.

Getting the charterers aboard

“There is a parallel initiative to the Poseidon Principles underway at the moment, currently code-named ‘The Charterers’ Charter,’” he disclosed. “They met with us when we started this process and diverged off because they were concerned that the banks would be too proscriptive.

“They are right behind us. We expect something to come out [of the charterers’ side] by October, where the main users of [dry and wet] bulk shipping will have a view about the emissions of the vessels. It won’t just be about the emissions. It will be about cargo owners coming to a common set of principles on what vessels they will charter.

“And I promise you, that will have a much bigger impact when it happens than what the banks are doing. If you are a Cargill or a Shell [NYSE: RDS.A] or another big charterer and you’re using vessel emissions to determine whether or not you will employ a ship, you will have a direct impact on the profitability and the livelihood of the ship owner,” Parker said.

He believes charterers will also play a leading role in the visibility of individual-ship emissions data. A bank cannot disclose that data because that would breach client confidentiality, and the IMO database is confidential. Parker asked what it would take to make it public and was told “it would take two years at the IMO general assembly to change the rule.”

He predicted that “what will happen is that ship owners will put that information out in the public domain because companies like Shell and Cargill will say, ‘We’re not going to charter your ship unless you publish your emissions.” The banker believes that in this way, a public database of ship emissions “will be created outside the IMO.”

Getting Chinese shipping banks aboard

As previously reported by FreightWaves, the Poseidon Principles commit participating banks to publicly disclose how ships (in aggregate) in their lending portfolio compare emissions-wise to the IMO carbon-reduction trajectory. The IMO has set a target for a 50% reduction by 2050.

There are now 17 signatories: 16 European institutions and one American bank (Citi). The key to the success of the initiative is to get Asian institutions on board.

According to Paul Taylor, managing director at Société Generale and vice chairman of the Poseidon Principles, “There has been a huge shift in the [shipping] financing landscape. It has largely gone to the East. There are less European banks and more Asian banks. Has it changed forever? Probably.”

“Let me make it absolutely clear that we have invited the Chinese to join,” Parker said. “They’ll be getting individual invitations next week.” According to Taylor, “We’re close to getting our first Asian signatory.”

The central issue for any bank, regardless of region, is whether it’s willing to give up some returns in favor of incorporating ESG (Environmental, Social, Governance) factors into its loan decision.

On one hand, Taylor said that banks’ ship-lending divisions “need to justify the allocation of capital for that business. They’re in competition with other business lines and unless the shipping business makes a profit, it’s not going to be given the capital [to lend].”

On the other hand, Nordea Managing Director Martin Lunder said, “My personal view is that we will come to a point where we have to decide [whether we lend to] a company with higher yield or a responsible [ESG] company with lower yield. The way I read the world today is that many of us will actually choose the lower yield to support ESG.”

“In Société Generale, it [Poseidon Principles] is very, very high profile,” Taylor said. “It has given the other business lines something to think about. You could say it gives them a headache.”

As with debt finance, so too with equity finance. It’s now all about ESG, which has major implications for the future equity-capital requirements of shipping companies.

“Investors are developing their own proprietary models and they’re scoring companies on their ESG footprint, i.e., 1 through 5, and they’ll only invest in companies that score 3 through 5. They [fund managers] are factoring ESG into their investment decisions because their providers of capital — the pension funds, sovereign funds and so forth — are demanding transparency around this.

“They are moving a thousand miles an hour. I’ve never in my career seen a shift moving so quickly,” Joyce said. “It began more powerfully in Europe and it’s still only in the first or second inning in the U.S. What we’re seeing is the transformation of global finance as a result of environmental pressure.”

Another aspect of the decarbonization equation is the institution of a global carbon tax on shipping administered by the IMO. Advocates believe such a levy would force shipping into alignment with the ESG initiatives of both debt and equity financiers.

A global carbon tax on shipping would require the backing of nations with major cargo-shipping interests. According to Parker, “In September [2019], shipping was ready for carbon pricing. But governments weren’t ready for it.”

At the upcoming session of the IMO, an industry proposal by groups including the International Chamber of Shipping (ICS) will be debated that would set a levy of $2 per ton of fuel with proceeds to go to a research and development (R&D) program for zero-emission vessel designs. The impetus appears to be twofold: to ensure that if there is a carbon tax, some of the proceeds go to R&D, and more importantly, to put in place the underlying structure of how the industry wants a future global carbon tax to be collected.

“The proposal for a $2-per-ton levy essentially does nothing other than start the process,” Parker said.

Shipping advocates of decarbonization speaking at industry events like the HACC/NACC forum appear earnest in their belief that it is the right thing to do. That said, decarbonization would also be to the financial advantage of the shipping industry and the professionals who serve it.

“This is the greatest opportunity shipping has ever had in my career to actually stop building ships we don’t need, to earn a decent living, to make money and be attractive to investors,” Parker said.

But whether decarbonization — and the resultant capacity reduction and rate increase — will actually happen circles back, yet again, to who must pay for it.

If zero-emission vessel designs are mandated globally, either cargo shippers must pay for the cost of the design transition through higher freight rates, or ship owners would go bankrupt (assuming there is no cheap technological breakthrough). If costs cannot be directly passed along to cargo owners, vessel capacity would be reduced via insolvencies and cargo owners would end up paying for decarbonization anyway through the law of supply and demand.

If cargo-shipping nations, particularly those in Asia, want to avert the future cost of ocean-shipping decarbonization, they could theoretically block IMO global regulations and use their financial institutions to fund continued construction of carbon-producing ships. More FreightWaves/American Shipper articles by Greg Miller