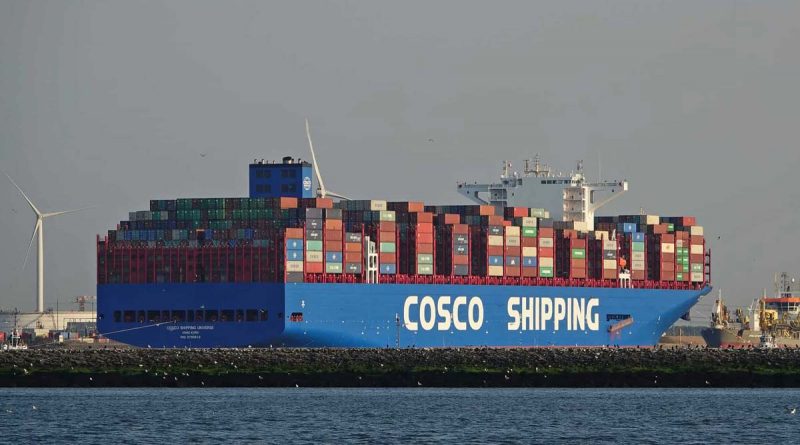 COSCO, the third-largest container shipping line in the world, has taken formal official ownership of the COSCO Shipping Planet, its latest 21,000 TEU-capacity mega-ship from Jiangnan Shipyard, according to the Xinhua News Agency.

According to reports, the vessel is 400 meters long and 58.6 meters wide, with a carrying capacity of 198,000 tons and a speed of 22 nautical miles per hour.

Furthermore, it is also equipped with a modern ship traffic control system and satellite communication capability. It is the latest container ship of its class to be built by Jiangnan Shipyard for the Chinese state carrier.

COSCO’s fleet expansion has come after its half-yearly profits fell by almost 98% compared with the same time in 2018 – a story Port Technology reported on August 31, 2019.

This was despite its TEU volume increasing by 12.3% and an 11.6% in its terminal division. Some segments, such as the Bohai Rim Region, enjoyed a TEU spike of almost 75%.

Its crash in profits was blamed on China’s trade war with the US and the subsequent fall in the value of yuan against the US dollar.