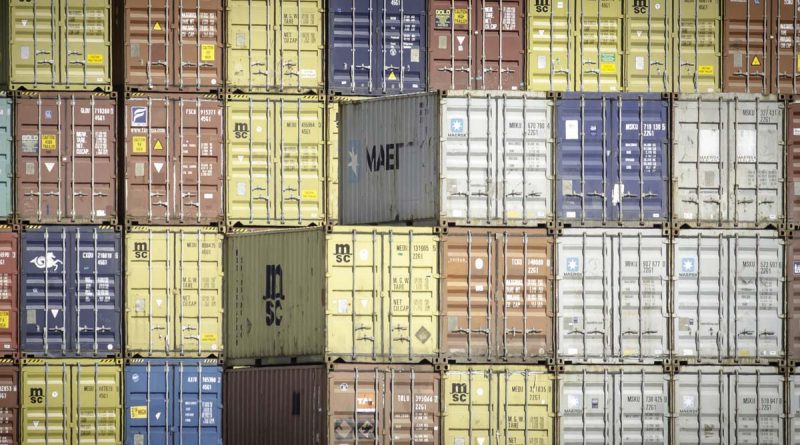 A survey of 500 containers by the National Cargo Bureau has found problems in a majority of containers inspected, particularly among imports.

In the wake of incidents such as the 2018 fire onboard the Maersk Honam, which resulted in the deaths of five crew members, NCB — which normally inspects export containers leaving the U.S. — offered to do free inspections of a sample of containers, including imports, for members of the Cargo Incident Notification System (CINS).

CINS describes itself as “a shipping line initiative, launched in September 2011, developed to increase safety in the supply chain, reduce the number of cargo incidents on board ships and highlight the risks caused by certain cargoes and/or packing failures.” CINS says its 17 members control more than 60% of containerized cargo capacity.

Maersk and its Hamburg Süd subsidiary, Hapag-Lloyd and CMA CGM agreed to participate in the program, and between the four companies, 500 containers were inspected by NCB.

Ian Lennard, the president of NCB, said a mixture of containers carrying dangerous goods and general cargo, both imports and exports from the U.S., were examined. Each of the four companies had a different method for targeting which containers they wanted inspected.

NCB is a nonprofit surveying organization that does inspections of both bulk and container ships. It inspects about 31,000 dangerous goods containers leaving U.S. ports annually for container carriers to make sure cargo being loaded on their ships is safe. But NCB does not normally inspect containers arriving at U.S. ports.

Lennard admitted to being shocked by what the inspections revealed.

Of the import containers with dangerous goods, 44% had problems with the way cargo was secured, 39% had improper placarding and 8% had misdeclared cargo. Of the export containers with dangerous goods, 25% had securing issues, 15% were improperly placarded and 5% were misdeclared. (To be fair, Lennard said some of the misdeclarations did not present safety issues.)

The failures NCB found among non-dangerous containers involved improperly secured cargo. While there might be some dangerous goods being transported as general cargo, Lennard said finding those containers is “like finding a needle in a haystack.” He noted that the inspections that were done by NCB were “tailgate inspections.” The containers were opened and looked at, but not all the cargo was removed from the container.

The program uncovered a much bigger problem than NCB finds in the normal course of its business. Last year only 7.4% of the approximately 31,000 export containers containing dangerous goods that NCB inspected resulted in failed inspections.

Many of the targeted import containers with problems originated in the Far East; others were from South America.

Lennard said the sample illustrates the magnitude of the problem, as well as the value of cargo inspections.

He noted that when a U.S. exporter fails an inspection, fixing the problem may be costly. Documentation may have to be redone and a container might have to be retrieved from a terminal and repackaged.

The shipper “might get it wrong once, twice. But eventually they will do it right because there are delays and certainly costs,” Lennard said.

The inspections will be discussed next week at the U.N.’s International Maritime Organization’s Subcommittee on Carriage of Cargo and Containers when they are presented in a paper by the International Cargo Handling Coordination Association (ICHCA).

A document submitted to the IMO by ICHCA, the World Shipping Council and several other organizations on July 5 in preparation for next week’s meeting noted that “the increasing number of casualties related to container fires during the past years suggests that the problem is exacerbating,” despite provisions in the International Maritime Dangerous Goods Code and other carrier initiatives to identify undeclared and misdeclared dangerous cargo being tendered for carriage.

“In 2019, up to the time of writing this document, there is an alarmingly increasing number of container ship fires, which, compared to previous years, may indicate an increasing severity of the problem,” it said.

The London-based shipping consultants Drewry last month published in its Container Insight Weekly a list of eight notable fires between Jan. 3 and Aug. 9 this year on container  and container/roll-on, roll-off ships.

Andrew Kinsey, a senior marine risk consultant at the insurer Allianz Global Corporate & Specialty, applauded the work of the NCB, saying, “Finally we have some concrete data on a situation we all know was there but couldn’t quantify.”

He noted that since the Maersk Honam, fires aboard ships have occurred with alarming regularity.

A number of carriers have announced stiff fines for undeclared or misdeclared hazardous cargo.

“Hapag-Lloyd, which last year shipped nearly half a million dangerous goods, will from September 15, fine shippers $15,000 for undeclared or misdeclared hazardous cargoes,” said Drewry. “HMM will fine the same amount, while Evergreen announced a penalty of $35,000. OOCL said that it is tightening its dangerous cargo acceptance with an additional verification step.”

Kinsey said the NCB study is an answer to anyone who believes those fines are an overreaction. “It’s a situation that’s now being documented. Let’s do 5,000 inspections, let’s do more.”

“There is no silver bullet,” said Lennard. “This is a problem that is multifaceted and really needs a broad approach and it really needs to be an industry solution.”

Because of the three big global container shipping alliances — the 2M, Ocean and THE Alliance — and other similar ship-sharing agreements on other trades, “every company is on everyone else’s ships,” said Lennard. One company may take all the precautions in the world to prevent carrying misdeclared or improperly secured cargo on its vessels, but the cargo of its customers or its ships may be in danger if a space-sharing partner does not take the same precautions.

Both Lennard and Kinsey said in addition to more inspections, there needs to be wider use of automation to do a better job of targeting which containers to inspect.

“You can’t inspect every container. It would be too costly and bring everything to a halt. There are just too many containers being shipped,” said Lennard. “Just opening random containers is not as efficient. The Coast Guard does both random and targeted inspections and there should be some component of each.”

Kinsey believes the IMO is the proper organization to tackle the problem, saying it “needs to have the force of international law.”