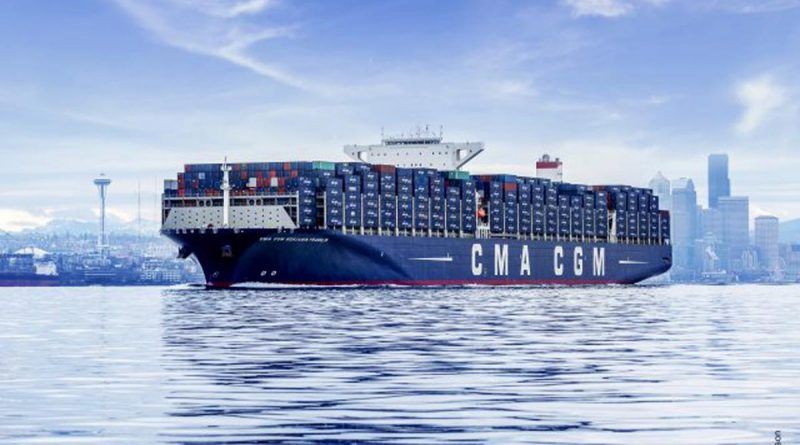 Shipping company CMA CGM has selected Shell to supply what it describes as “tens of thousands of tons of marine biofuel” to its fleet.

According to a company statement the quantity will allow the group’s ships to travel almost one million kilometres, equivalent to over 80 roundtrips between Rotterdam and New York.

The fuel used is composed of 80% of Low Sulphur Fuel Oil and 20% of a biofuel made of used cooking oil. The biofuel used reduces greenhouse gas emissions by 80% and virtually eliminates sulphur oxides emissions.

In 2019 CMA CGM became the first shipowner in the world to successfully test the use of a marine biofuel onboard the container ships CMA CGM White Shark and CMA CGM Alexander Von Humboldt.

The company has also developed liquified natural gas (LNG) for ultra-large container vessels and has ordered a series of nine 23,000 TEU containerships powered by LNG. The LNG reduces sulphur oxides and fine particles emissions by 99%, nitrogen oxides emissions by up to 85% and CO2 emissions by around 20%.

The International Maritime Organization (IMO) Low Sulphur Regulation will be effective from 1 January 2020 and will require all shipping companies to reduce their Sulphur emissions by 85%.

CMA CGM states that it will be fully compliant as of January 1 2020. The company’s website notes that all the measures, like the use of biofuel and LNG, represent major additional costs.

This cost will be considered through the application of fuel surcharges on a trade-by-trade basis.